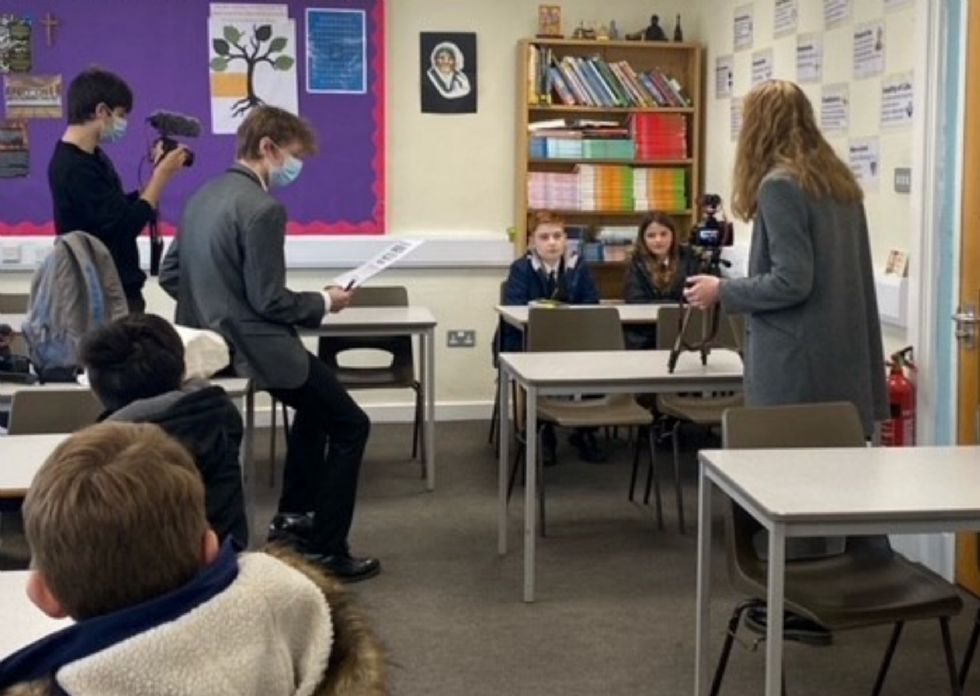 Film is an important part of many people's lives. It shapes views and is arguable the most versatile art form. Not only is it an exciting and challenging subject, the film industry in the UK is growing substantially allowing promising career prospects.

Film Studies is offered at both GCSE and A Level.

At A level we follow the IB Film Studies Program that is a coursework based subject. This has proved a popular choice with students. It is not a pre-requisite to have taken GCSE Film Studies, but of course, it helps!

Film is an important part of many people's lives. It shapes views, and is arguable the most versatile art form.

GCSE Film Studies is designed to draw on learners' enthusiasm for film and introduce them to a wide variety of cinematic experiences through films which have been important in the development of film and film technology. Learners will develop their knowledge of US mainstream film by studying one film from the 1950s and one film from the later 70s and 80s, thus looking at two stages in Hollywood's development. In addition, they will be studying more recent films – a US independent film as well as films from Europe, including the UK, South Africa and Australia.

Production is an important part of this specification and is integral to learners' study of film. Studying a diverse range of films from several different contexts is designed to give learners the opportunity to apply their knowledge and understanding of how films are constructed to their own filmmaking and screenwriting.

There are 3 mandatory components to this course:

Component 1: Key Developments in US Film